If you are a fan of gaming, then you must be familiar with the Microsoft’s Xbox gaming console. It allows you enter a whole new world of gaming. But when you connect it to your Windows PC or tablet, you need a USB cable for making the connection. This was a frustrating thing till the launch of this Wireless Adapter of Microsoft Xbox. Using a USB cable is not a messy thing, and sometimes it works okay, but having a wireless option makes it easy to play games at your convenient place. Let’s check some facts in this review of Microsoft Xbox Wireless Adapter.

Setup of Microsoft Xbox wireless adapter is very easy. Your PC will automatically identify it when you plug it in. Then place your controller in the pairing mode and press the side pairing button of the adapter for a few seconds. When the indicator light on the Xbox logo glows steadily, means it is paired. It supports up to eight Xbox one gaming controllers at a time. In a few cases, people have to update their drivers for the wireless adapter manually, but it may not be a big issue for most of them.

When I connected it to my Xbox Elite wireless controller and my Windows 10 PC, it worked perfectly fine. I got an active connection at my desk and on my couch both. I tested it up to 25 feet from my PC in my house, and it worked fine which proves the Microsoft’s claim about its range up to 30 feet. If you have an Xbox One wireless adapter, then you need to use Windows 10 OS, as it does not work with the previous OS of Microsoft. And if you prefer to use earlier versions of OS, then you should go for the Xbox 360 wireless adapter. And as it is named, this wireless adapter works only with the Xbox controllers. If you are not changing from Xbox devices, then this adapter is made for you.

If you are running on Windows 10 PC and you have not picked up a gamepad yet, then the Xbox wireless adapter is a perfect fit for running with Xbox controllers. But if you want to run on previous Microsoft Operating Systems or looking to change your gaming controllers, you need to choose the device wisely. 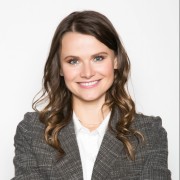 Rosa is the founder of bestusbwifiadapters.com. She has a passion of helping people by providing them the best products and tips to boost their home and office internet networks. She loves to study and write about computer parts like adapters, USB adapters, monitors.

What is WMI Provider Host and How to Stop

How to Solve Memory Management Error in Windows 10

This site uses Akismet to reduce spam. Learn how your comment data is processed.